Platinhero is a new crowdfunding alternative. could mean a new way of getting support for startups. There have always been some difficulties with traditional crowdfunding. These make it complicated for both investors and projects to find good deals. In this article I want to highlight a new possibility in the market that overcomes some of these difficulties.

Here you can take a look at the platform for yourself.

What is Platinhero?
Platinhero is a new platform in the Platincoin ecosystem. And it offers an alternative route for new projects or startups that need financial resources to get started. This way is blockchain-based and has some advantages. Above all, that the projects do not have to repay the amount of support.

Here is an introductory video on the subject:

Here is a full webinar on the topic:

How does Platinhero work?
The structure of the platform works in the same way as well-known crowdfunding platforms such as Kickstarter. The project initiator lists his project with all available information. Of course, the information should be truthful and prepared in such a way that you can easily convince future fans.

The Platinhero project presents videos, pictures, illustrative examples or the background story of the project.

The project also specifies the amount of money it needs for implementation and what gifts the supporters can expect from what level of involvement.

What’s different about Platin Hero?
With a classic crowdfunding platform, for example, a project requires € 100,000. It borrows this directly from its supporters. In this case, the platform only serves as an intermediary and trustee.

If the project on Platinhero requires € 100,000, then five times the amount must be frozen via smart contract (a function in the Platincoin blockchain). This means that the supporter does not give away any money. Instead, he buys the digital currency Platincoin and locks it away for 6 months, 1 year or 2 years, depending on the project. The coins remain with the owner and cannot be moved for the specified period. This is one of the most important reasons for project supporters or P2P fans to register here.

If the target amount is not reached after the time has elapsed, then the project is not successful. The coins are after the o.g. Period of time freely available again, and the user can immediately move and use it completely again.

But if a project reaches its goal and freezes five times the sum, the situation is different. The project receives the € 100,000, which is released in stages after strict testing and project progress (using the example of the house: 1/3 in front, 1/3 after the floor slab, 1/3 when the roof is up). This sum is generated by the blockchain and output to the project in the PLC. These are then converted into euros and distributed to the project.

The supporters who got it right will get their PLCs released immediately if the project is successful. In addition, they receive 10% of the frozen sum as an additional reward. If you have a good sense here, you can bring in a decent added value at Platinhero.

What kind of projects are listed or permitted on Platin Hero?

In principle, there is no specific area to which the listing on Platinhero is limited. As long as a project is clearly legal and has nothing to do with weapons or drugs, everyone gets the chance to present their vision here. Ultimately, the community uses swarm intelligence to decide which project to support.

Due to the special feature that the projects basically receive a donation and no credit, there is a lot of leeway here.

Classic crowdfunding only has a limited target group. As a rule, there are mostly startups here that want to get their product through. On the other hand, there are usually a few charity projects that unfortunately often do poorly with the community.

The reason for this is obvious. Charity costs the supporter, but does not provide any return and often no added value in the form of a unique gift. If you look at the return, you prefer to continue investing in startups or lend money on P2P loan sites in order to generate income here.

As a result, a supporter no longer has to search for the lowest risk and the high return, as with P2P loans. Instead, he can get involved in the projects with an open heart and a free spirit and freely decide which one deserves his support.

Platincoin as a vehicle for Platinhero

While I here already in detail reported about Platincoin , I want to briefly outline the role this coin plays on the platform.

Created as a fixed price coin, there are two areas in which Platincoin is traded. The fixed area – these are exchanges on which the price always remains the same. Supply and demand always create a queue on one of the two sides. The fixed price is based on the internal index of PLC, which today (10.10.2020) is 5.

Furthermore there are the free exchanges. Here traders can let off steam and carry out short-term speculations. The price is based on supply and demand and can fluctuate here.

The basic idea behind this hybrid concept is that of an anchor. A ship that is fixed with an anchor cannot drift away. It stays in place. However, as far as the anchor chain has play, it drifts around in a certain radius. The same goes for PLC. While the free exchanges can fluctuate up and down as they like, every part of the Platincoin ecosystem serves to cap the fixed price from above and below and always return to that anchor.

To cut a long story short: The calculations on the Platinhero platform are based on the above internal index of currently 5. Whoever buys the coin cheaper at the free exchanges can take advantage of this price advantage. As in the explained concept, there is a risk of price fluctuations for the period in which the coins are frozen, because if you freeze 1000 PLC, you will also get 1000 + 100 PLC back, regardless of whether it fell from 5 to 3 in the time or jumped to 10.

Now the crowdfunding platform, which is just one of dozen of projects, which is all that the course is limited from under, and after the above, what can be seen as a look at understanding at Coinmarketcap shows that Platincoin is stable for the conscious part of the time around the 5th After the Covid crisis, € 2 was lost. In 2019 there was an outlier up to 61.24 USD).

In general, the volatility of the coin is also sold, even with the following cryptocurrencies such as Bitcoin. This is the only way it can be used for long term projects as for Platinhero. 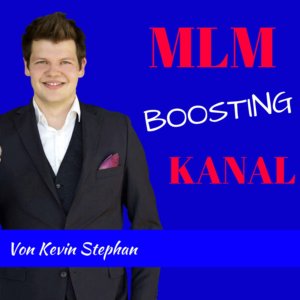 What is new? My latest posts.